Nikita Poudel is preparing to debut as director, as well as to introduce Aditya Narayan Jha, son of Singer Udit Narayan Jha, as an actor in the film. 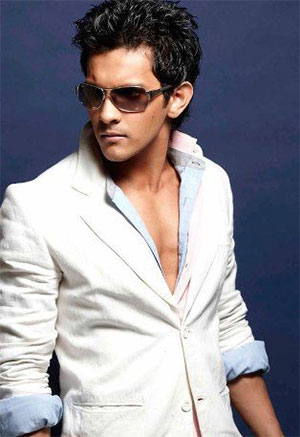 The Gopi Krishna Movies that gained popularity by directing famous Nepali movies has failed to keep it mark of late. But, the production company seems starting to produce quality films to maintain its goodwill. Director Nirak Poudel has done a lot of hard work in ‘Homework’ and it is said that the story of film ‘Thamel.com’ is good.

Now, the Chairman of Gopi Krishna Movies Nikita Poudel is preparing to debut as a director. The story of the film to be directed by her is being written in full swing.

If sources are to be believed, Nikita is preparing to introduce Aditya Narayan Jha, son of Udit Narayan Jha, as actor in the film. But, till now it is not confirm if he will work in the movie.

Despite working in few Bollywood movies, Aditya failed to get success. Will he debut as an actor in Nepali movies? Everyone will be keeping their fingers crossed.