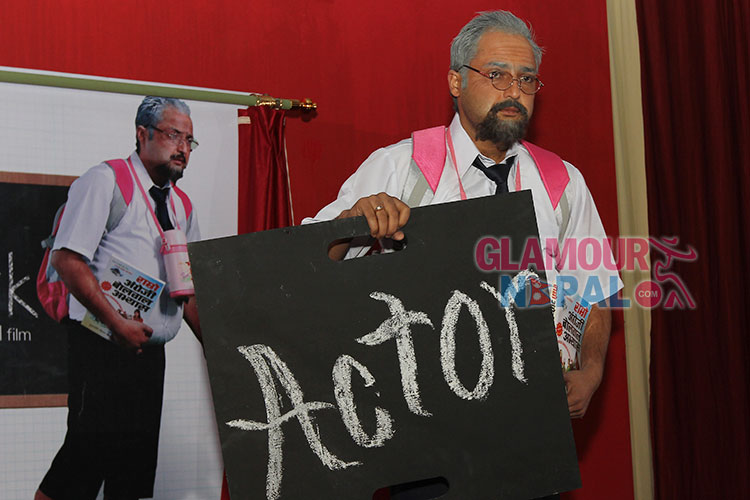 Glamour Nepal,
The film ‘Home Work’ to be produced by Gopi Krishana Movies has been announced on Tuesday. During the function organized to announce the film, artists reached the stage carrying placard describing their roles and posed for photo.

Guests and journalists were enthralled when actor Aryan Sigdel appeared in the stage in appearance of Older Man. The new look by the actor grew curiosity among the attendees about his role.

Along with Aryan, Namrata Shrestha, Bijay Lama will be seen in lead roles. The film is shot by purusottam Pradhan, fight is by Chandra Panta, music by Tara Prakash Limbu, choreography by Kabiraj Gahatraj, songs are penned by Krishna Hari Baral, screenplay by Shivam Adhikari and makeup by Nima Lama.

Gopi Krishna Movies has announced to produce seven films in solely and jointly within 2015. Information was given about the films during the press conference. Actress Karishma Manandhar is producing new film collaborating with Gopi Krishna movies.