PAHUNA ‘The Little Visitors’ First Song ‘Zindagi Layi (Hasdai)’ is out. The film is produced under the banner of Priyanka Chopra and Her Mother Madhu Chopra’s Purple Pebble Pictures. 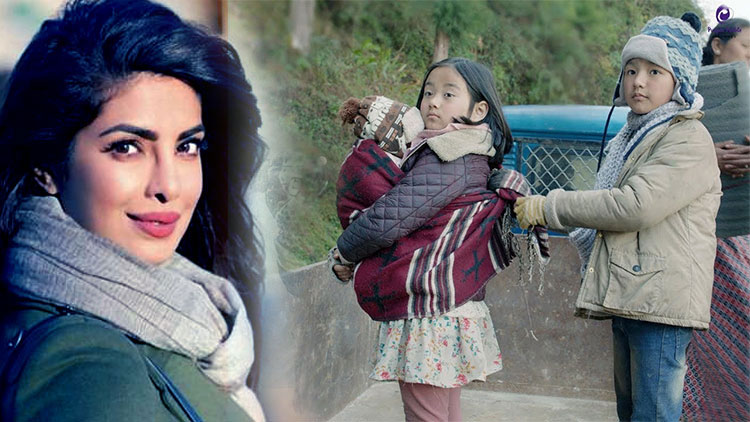 The first song of the film Pahuna- The Little visitors has been released on YouTube Via Zee Music Company. The song Titled ‘Zindagi Layi (Hasdai)’ is from a poem penned by Sikkimese Chief Minister Pawan Chamling. The song is beautifully sung by Piyush Nepal.

The trailer of the movie already released on YouTube. Pahuna -The Little Visitors, story of three children bonding together and making a new home for themselves after being separated from their family while fleeing Nepal during unrest.

PAHUNA – The Little Visitors is produced under the banner of Priyanka Chopra and her Mother Madhu Chopra’s Purple Pebble Pictures. The movie is scheduled to release in cinemas on 7th December 2018.