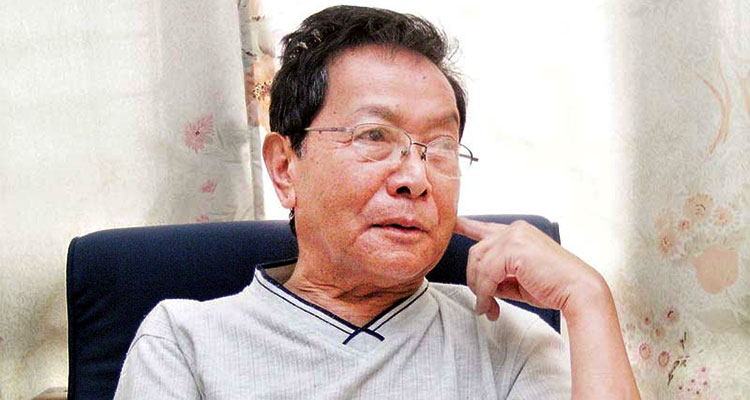 Amber Gurung, who was admitted to Hospital a week ago, passed away on Tuesday early, the hospital confirmed in a statement. He had problems in his food pipe, respiratory issues, diabetes and high blood pressure.  78 year old Gurung Gurung was undergoing treatment at the Grande International Hospital.

After undergoing a treatment at the Medanta Hospital in New Delhi, Gurung had returned to Nepal on March 30 this year, before being admitted to the Grande Hospital on May 30.

Gurung’s body will be kept at Academy Hall in Kamaladi before being taken to Pashupati Aryaghat for cremation.

Amber Gurung was born on February 26, 1938 in Darjeeling of India. Though the Gurung family was originally from Gorkha, he had spent most of his childhood in Darjeeling and later moved to Kathmandu in 1969. He was married to Bina Gurung. Gurung is survived by three sons (Kishor, Raju and Sharad) and one daughter (Alka).

He was a self-taught musician who learned both western and eastern classical music entirely on his own. In the 1950s, Gurung established a music institute – The Art Academy of Music – in Darjeeling, where famous musicians and singers like Aruna Lama, Sharan Pradhan, Gopal Yonzon and Ranjit Gajmer among others learned under his guidance.