Ronali Amatya, the winner of Model Hunt Nepal 2016, is now representing Nepal at Miss Eco International 2017 being held at Egypt on April 2017.

Rojin Shakya | Twenty one years of age Ronali Amatya, the winner of Model Hunt Nepal 2016, is now representing Nepal at Miss Eco International 2017 being held at Egypt on April 2017. 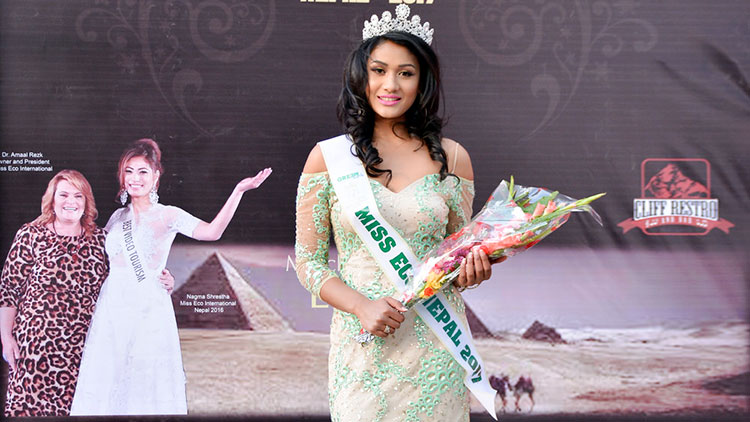 Ronali after being crowned as Miss Eco Nepal 2017, she got this opportunity to be the delegate from Nepal to compete with global beauties at Miss Eco International 2017.

Ronali, who had done a couple of ramp shows including the recently showcased graduation fashion show of Namuna College of Fashion Technology and been featured in an online portal and magazine.

Miss Eco International is an international beauty contest founded by the LTCP Organization “BEAUTY FOR ECO” The aim is to awaken, through the theme of Tourism & Environment which started from the year 2015 in Egypt. It brings together representatives from all over the world with an aim to share their eco, culture and international network.