The world famous fashion designer Prabal Gurung, known for his innovative ideas, creativity and inspirational approach through his designs, has one more time been successful to create waves and buzz for his collection presented in New York Fashion Week. This time he paid tribute to his homeland Nepal. 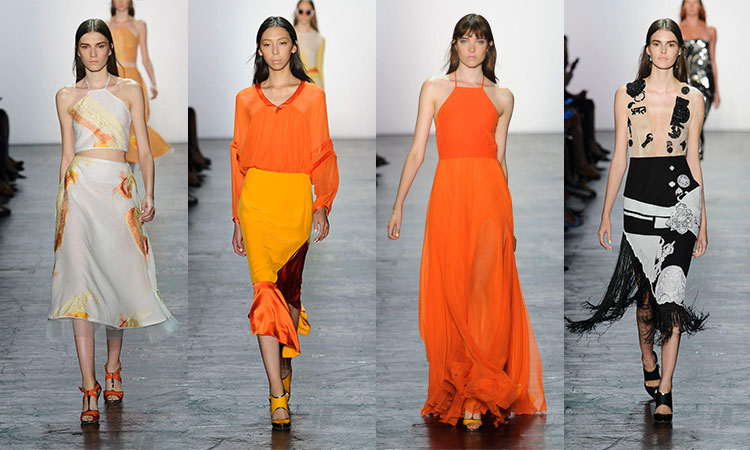 Prabal’s spring / summer collection 2016, one of the highlights of day four of New York Fashion Week was seen taking off with a traditional prayer, a meditative chants by thirty barefoot Buddhist monks dressed in red robes. This was a first time scene seen on the runway like this. The whole performance gave an idea regarding what has inspired our designer Gurung this time to explore his creativity. The collection presented had the color palette inspired by dresses of the monks. The use of gold and orange infused shades was some them to be mentioned. 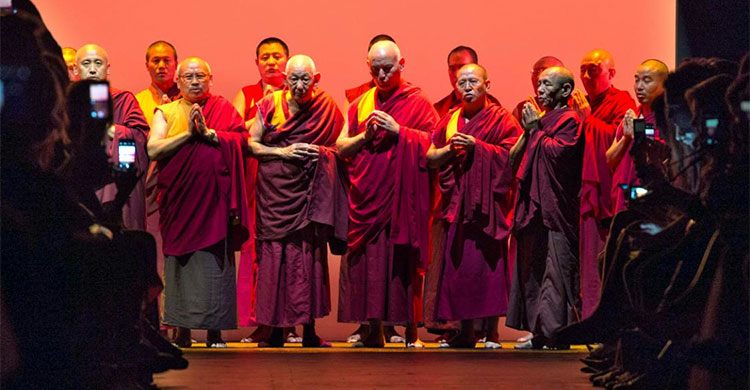 The entire runway show was dedicated to Nepal, having various dresses in shades of lemon, peach, tea rose and variations of orange and yellow. The dark colors were rarely to see. White lovely dresses embroidered in orange and yellow, and chiffon evening gowns that floated down with full skirts falling in soft folds were found very effective.

There were also modern clothes in beautiful cuts and flowing fabrics drawn from a palette of saffron, vermilion, oranges, blush, black, and white. A mesmerizing orange sequined dress, delicate form-fitting knits in orange and yellow stripes and plenty of fringing became a major highlight this season on the runway of New York Fashion Week.