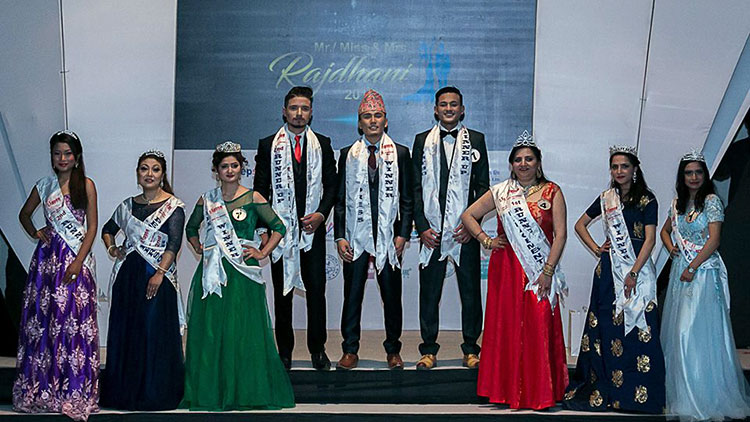 The event having three different categories; Mister, Miss and Mrs. Rajdhani 2017 has been concluded in Kathmandu. The event saw Bimosh Babu Shrestha as Mister Rajdhani while Sharmila Sapkota earned Miss Rajdhani award while Pushpa Niraula was been crowned as Mrs. Rajdhani 2017.

Been showcased at Army Officers Club, Sudhara, the event was been organized by Expose Nepal dot com and was choreographed by Chandani Lamichhane and assisted by Bibek Shrestha.