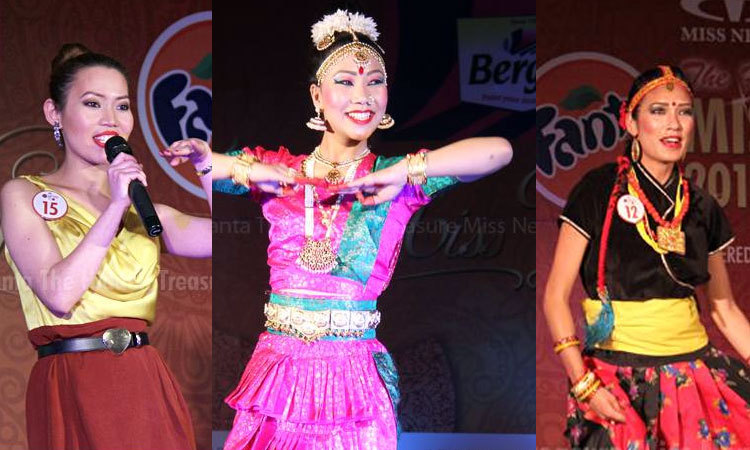 Durga Gurung and Medha Koirala went out for singing and were seen pretty much successful to impress as well. Other singing talents heard in the talent round were Asina Poudel and Shreya Poudel, who were found to be average on what they performed. Painting was the way to showcase the talent for two of the contestants Sudeepa Pathak and Anu Khadka while Prashamsa Parajuli put her words in the form of speech which was on Domestic violence against women.