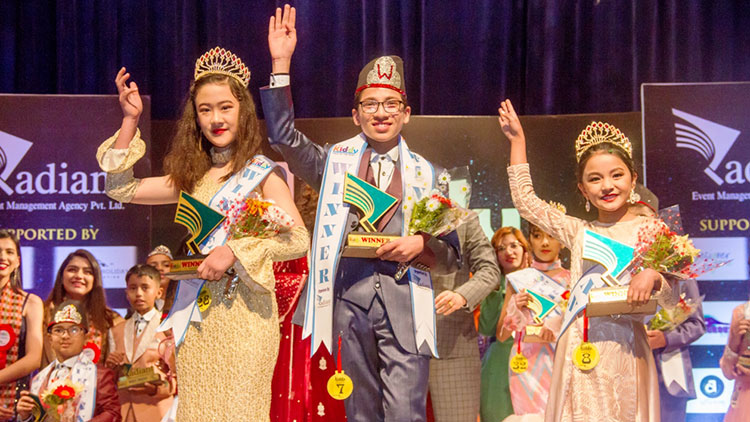 In the grand finale of the event for school going children of different age category called Kiddy Face of the year 2020, Aagaman Thapa, Pema Doma Lama and Tahishma Chauhan has been elected as the winners of their respective age category. In the event Nikit Poudel became first runner-up and Kendrit Poudel became second runner-up in senior boy’s age group while Pratik Bhatta and Jayas Agrawal were awarded respectively as first and second runner-ups for junior boy’s age group. 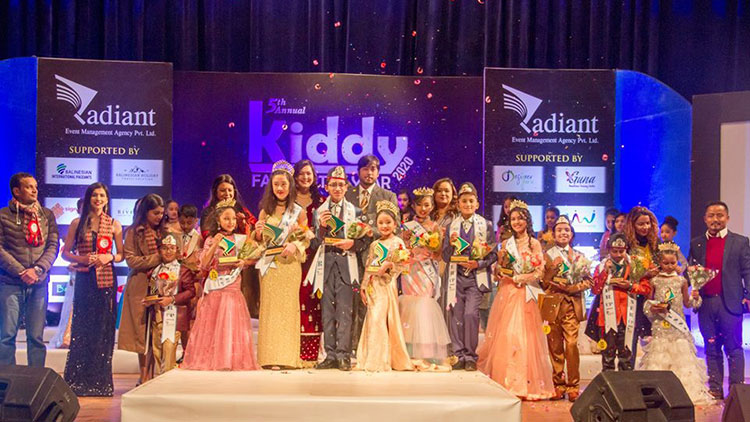 In the girl’s senior age group Gracy Shakya and Rija Singh respectively became first and second runner-ups while in girl’s junior age group Ojashwi Shakya and Samira Makala were respectively chosen as first and second runner-ups. The event was been showcased at Rastriya Naachghar, Jamal and was organized by Radiant event management agency Pvt. Ltd. The event was choreographed by Raj Phaiju.