New Nepali Movie ‘Katha Kathmandu’ has been announced during a press conference held in the Capital on Monday. The event was inaugurated by President of Nepal Film Developement Board Raj Kumar Rai. 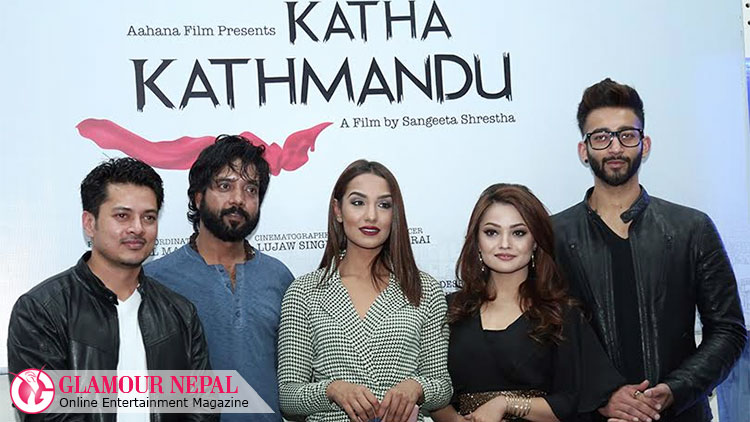 The movie Katha Kathmandu is in progress under the banner of Aahana Films which is Sangeeta Shrestha’s debute feature directorial movie.

The shooting of the movie is slated to start from March 8, marking International Women’s Day.

According to Sangeeta, The story of Katha Kathmandu is an amalgation of three different intricate, yet inter-related, stories, which feature life-size characters. It’s a great social drama.

The event concluded with encouraging words by producer Bijaya Rai and his wish for success and prosperity of the movie.