Singer Hemant Rana’s new music video titled ‘Saili’, The music video features Gaurav Pahari and Menuka Pradhan may makesd you cry. Heart Touching music video tells the story of a husband who goes abroad for the job by sacrificing the time with loved ones. The song is composed by Kali Prasad Baskota. ‘Saili’, music video captures the sad truth about life compulsion for earning a living by going to work in foreign. Watch Here Music Video:

Saili is dedicated to all the brothers and sisters who have sacrificed so much in their life for financial achievement, and the wives and mothers who are waiting for their comeback. 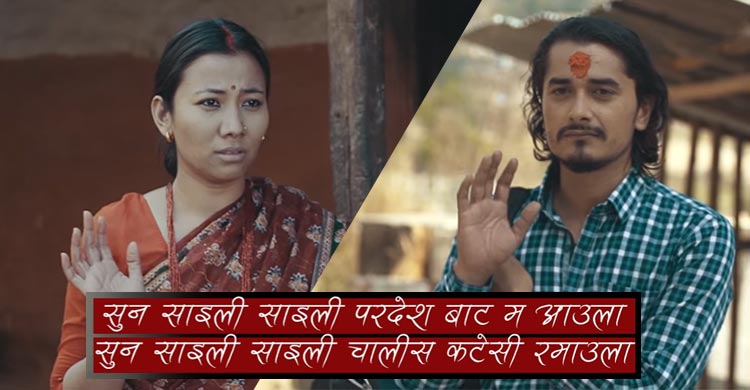