After a long weeks of grooming, various rounds of challenges, efforts and devotion finally Anugya RL Chand, declared as the winner of Mega Model season 3 … 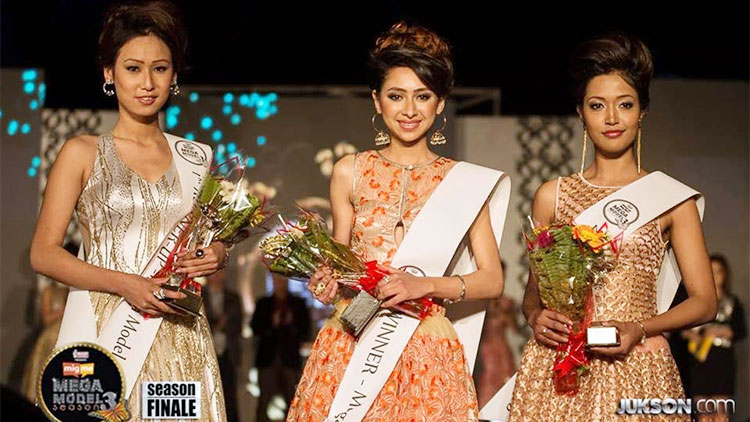 Rojin Shakya | After a long weeks of grooming, various rounds of challenges, photo shoots, efforts and devotion finally it was Anugya RL Chand who was declared as the winner of Migme Image Mega Model season 3.

Besides other opportunities as the winner Anugya earned cash prize of rupees two lakhs and free round trip visit to Thailand. The finale of the reality based modeling event organized and produced by Image Channel was showcased at Shangrila Hotel, Lazimpat on 12th March 2016.

After the preliminary auditions and shortlisting procedure sixteen finalists were selected for the hunt of 3rd season of Image Mega Model. Then the course of competition, elimination and selection went through various tasks based on modeling and photo shoots which was been televised and aired on Image Channel. Finally the top six candidates were been shortlisted which had Anugya RL Chand, Nikita Mahat, Sikshya Shakya, Prarthana Thapa, Shailee Manandhar and Salina Gurung. Rajiya Maharjan joined the finale as the wild card entrant.

The finale that ended with lots glitz, style and charismatic performances saw Nikita Mahat positioned at first runner-ups while Sikshya Shakya grabbed second runner-ups position. Sikshya also stood as the winner of Most Photonic award. Likewise Salina Gurung was awarded with Most Stylish title while Prarthana Thapa booked her name on the award of Best Walk.