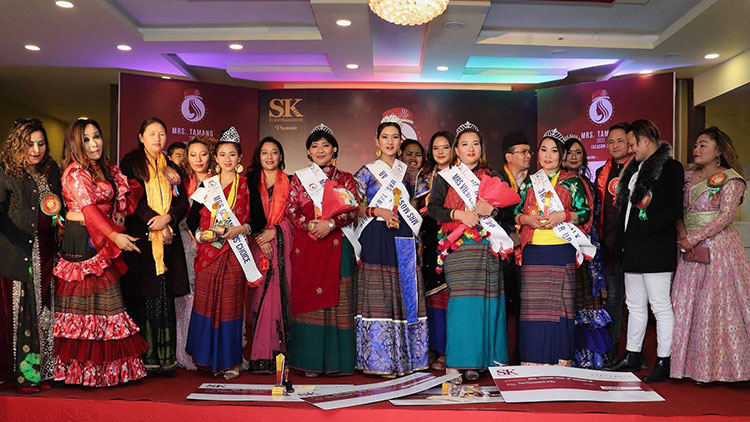 In the grand finale of Mrs. Tamang (season 3), Akriti Tamang has been crowned as Mrs. Tamang 2020. She was prized with cash prize of rupees fifty thousand and was also successful to bag the awards called Mrs. Popular and Mrs. Personality.

In the event, Kranti Lama Yonjan bagged first runner-up position and also earned the awards like Mrs. Viewer choice, Mrs. Confident and Mrs. Talent. Mina Kumari Tamang was awarded as second runner-up. She was also successful to earn the award of Mrs. Friendly. Muna Tamang was declared as third runner-up and was also able to bag the award called Best Walk.

The event was been organized by Shanta Kumari Tamang under the banner of S.K. Entertainment and was showcased at Delish Opera Restro & Banquet, Baluwatar, Kathmandu. The event was been graced by the Honorable Deputy Speaker of Provincial Assembly of Bagmati Province Radhika Gurung as the chief guest of the event. The event was been choreographed and hosted by Choreographer and media person Rojin Shakya.