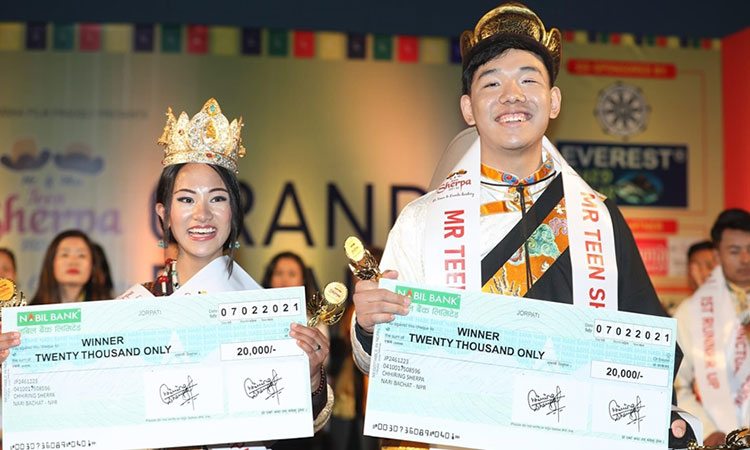 The grand finale of Mr. and Miss Teen Sherpa 2021 has finalized Yugen Sherpa and Dolma Tsering Sherpa as the winners. As the winning prize both the winners received cash prize of twenty thousand rupees.

The event was been organized under the banner of Gautam Buddha Films Pvt. Ltd. where the participants performed being dressed in the attires designed by the student designers of IIFT, Bagbazaar.