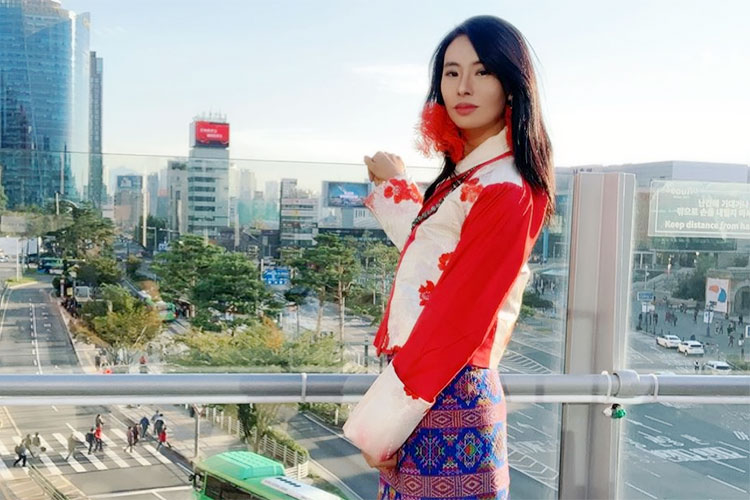 Bhutanese actress Ugen Choden who is set to debut in Nepali Cinema via. Dipendra Lama’s directorial venture – DUI NUMBARI, flies back to her home country, Bhutan. On Saturday morning, Druk Air’s ATR aircraft from Bhutan arrived at Tribhuvan International Airport in Kathmandu to pick up Ugyen. The morning flight from Kathmandu returned to Paro Airport in Bhutan.

‘I am happy to be here in Bhutan. On my quarantine period I will spend time watching movies and reading few books’, the actress said.
She also told that, this was her first time she was out this long, outside Bhutan. ‘This is the longest time I have spent outside Bhutan so far’, the actress revealed. She hopes to return Nepal soon.

The Actress debut movie couldn’t complete its shoot due to nationwide lockdown. The cinema will resume its shoot, as soon as, the condition eases. In this cinema, actress Choden is paired opposite DayaHang Rai. The movie also features Paul Shah and Barsha Raut.

The Actress has already featured in eight Bhutanese cinema. During her lockdown periods, here in Nepal, She spent her time in a hotel and relative’s home..