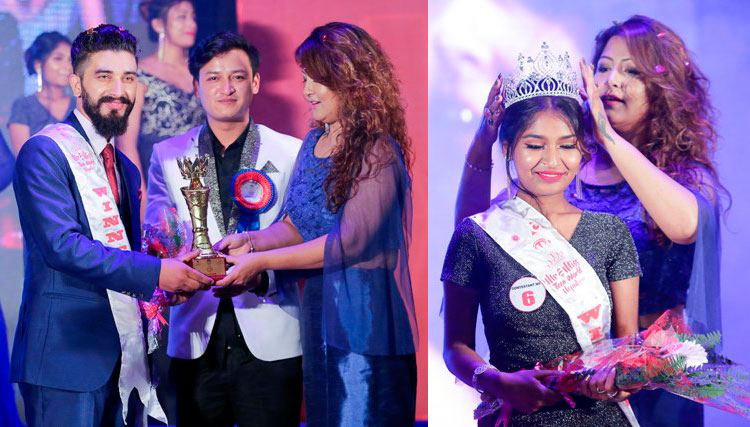 The first season of Mister and Miss Teen World Nepal 2017 has ended this Saturday finalizing Pankaj Singh Thakuri and Swasti Baidya as the winners. They would officially represent Nepal at World finale going to be held in Brazil.

In the event showcased at Army officers club, Sundhara Pankaj and Swasti both earned the best walk award as well. For Pankaj it was hat-trick. Other than Best Walk, Pankaj also secured victory on Personality and Photogenic award.

The event was showcased in the banner of SN international events in association with Pris media Pvt. Ltd. and was been produced by Sam Sapkota. The event saw Saphal Agrawal and Luniva Maharjan as first runner-up while Sanjeev Maharjan and Salina Bhitrakoti secured the second runner-up position.