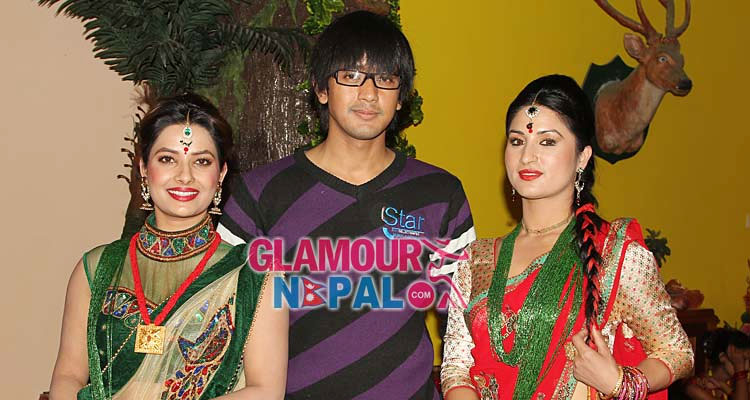 Glamour Nepal, Katmandu,
Actress Garima Panta is currently busy in promotion of her upcoming film ‘Rang Baijani’. Director Shambu Pradhan too is presenting Garima at the forefront of film publicity. But, at time Garima is appearing at front, another lead actress Sumina Ghimire is out of publicity activities.

Talking to a media, main artist Dikpal Karki has revealed that he is facing difficulties to work as relation between Sumina and Garima is not good. However, director Pradhan refuted that relationship between the two is bad. He, however, informed that the actresses didn’t talk openly during shooting.

Garima Panta, SuminaGhimire and Dikpal Karki can be seen in lead roles in the movie slated for December 5 (Mangsir 19) release.

Talking to journalists at the press conference, Garima expressed happiness after getting chance to work with Shambhu Pradhan. She added that the film is special for her.