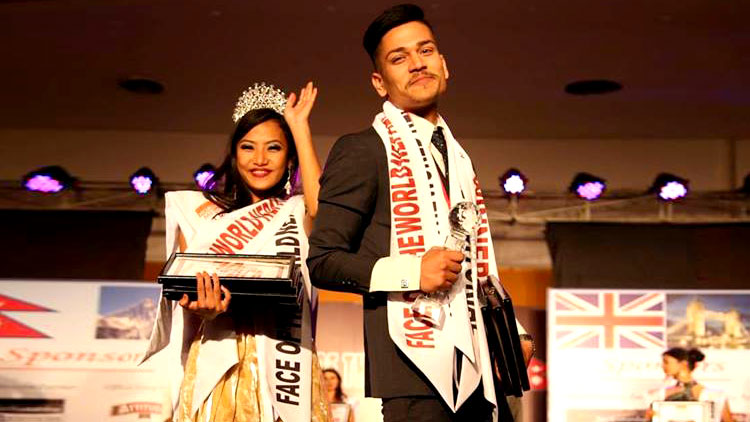 In the finale of Face of the World Nepal 2017 held at Heritage Garden, Sanepa; Sohil Subedi and Sneha Jargha Magar has topped as the winners of the competition. Sneha was also successful at categories of talent, best walk and best figure.

In the event Sagar Lama and Megha Pradhan were adjudged as runner-ups. These Nepalese faces now would be competing with the global competitors at the Face of the World International 2017 to be held at London on the month of November 2017.

The event saw MTV Splits villa 8 and 9 Fame Mia Lakra, Former Miss Nepal 2000 Usha Khadgi and others as the jury members. The event was been choreographed by model and actress Namrata Shrestha.