A New official trailer of Kung Fu Panda 3 has just released, giving more of Po (Black) being reunited with his separated father (Bryan Cranston). As teased at the end of Kung Fu Panda 2, there’s a whole panda village waiting to meet Po, but the reunion is not all bamboo and laughs when a new evil threatens to destroy them. 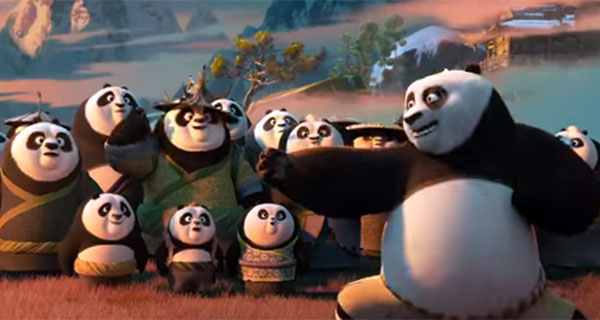 Kung Fu Panda achieves a fantastic balance of story, humor and emotion. The second part was wonderful as good as the first part, may be even better. Kung Fu Panda 3 might be the best of the best.

These types of movies are normally targeted to viewers between the ages of 3 and 8 years old. But the youngsters also enjoy animated movies just like everyone else.