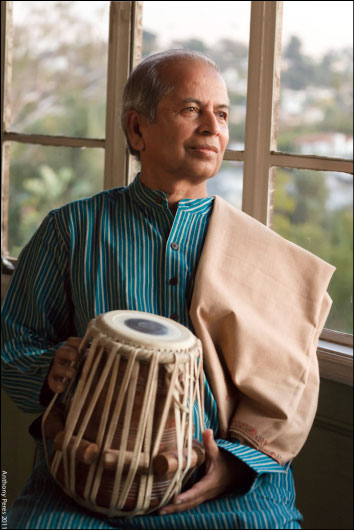 Tabala maestro of Nepal Pandit Hom Nath Upadhyaya — scholar, educator and a performer of tabala — has been diagnosed with liver cancer in its last stage. He has been admitted to the Cancer Care Department of Om Hospital & Research Centre, Chabahil. The 73-year-old musician was admitted in the evening of August 31.

“His cancer was diagnosed a month ago. We had taken him to B&B Hospital where we were told that it was liver cancer and it has metasised. We were also told that his condition was serious and needs chemotherapy immediately,” Kathak dancer Suresh Mishra, who is a close relative of Pt Upadhyaya, informed. “There was no symptom of the disease except that he was not eating properly for about two months. He was losing weight and getting thinner every day. He was taking herbal medicine for it.”

His student Shanti Bahadur Rayamajhi added, “About three months ago, Guruji along with his wife had gone to Benaras. He was complaining of upset stomach on his return,” adding, “He was fine when he left for Benaras.”

Pandit Upadhyaya went to Mumbai as it has better treatment facilities and relatives to take care of him after the diagnosis. However, as per Mishra, “The doctors there said that it would be risky to treat him with chemo because of his fragile body. Moreover, there was no authorised person to authorise chemo for him in that situation.”

“He is on saline water. He has lost so much weight that he has become like a bamboo,” Mishra said. Pt Upadhyaya returned to Kathmandu on August 26 after 26 days of stay in Mumbai. His son, tabala player Pramod Upadhyaya, has come from the US where he lives and works.
– JESSICA RAI / thehimalayantimes.com