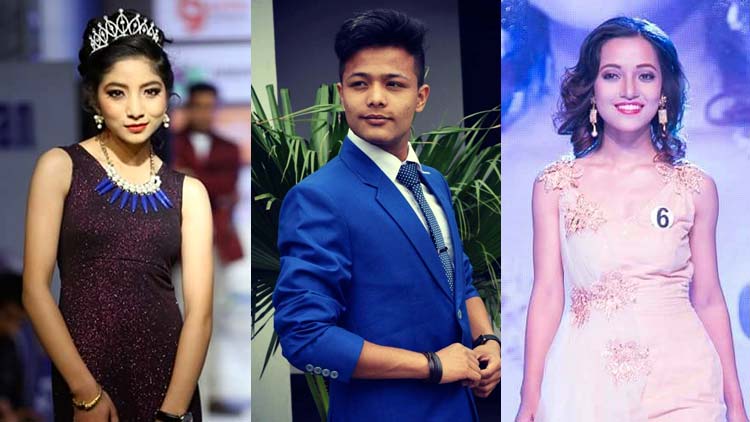 The international pageant dedicated to children and teenagers named as Prince and Princess International 2017 will be having team Nepal as the competitors for the event.

All the three of them would be travelling to Thailand for the competition on coming Tuesday. The event is scheduled at Chiang Mai, Thailand from 26th July till 31st July 2017.

12 years of Anjasha Rijal is the student of The Excelsior School. She is interested in acting, dancing, reading novels and also photography. She aims to be a model and an actress.

She is also the winner of Little Princess award at Little Prince and Princess Nepal 2016. Anjasha has prepared Newar dance for the talent round and is been directed by Swojan Ranghubanshi while her wardrobe is been managed by Page 3 boutique.

Five feet six inches tall sixteen years of age Ankit Tiwari is a hotel management student with keen interest in modelling and learning new things. He was been awarded as Mister Stylish for Mister Teen Nepal 2016. He has started his journey as a fashion choreographer. Nineteen years of age Yozana Ghale is a BBA student at Presidency College. She loves dancing and singing and is experienced in Pageantry. Earlier to this she is been the part of Miss Grand Nepal 2016 and was been the winner of public choice and best smile award at Miss Teen Chitwan. She also has started her journey as a fashion choreographer for Miss S.E.E star Chitwan 2017.

Regarding the international participation, all the three of them are been oriented and groomed by Choreographer Rojin Shakya. For the participation at international scene, the Nepali delegates are been coordinated by Event Better Galaxy while the management and international coordination is been looked by Group of event entertainers, G.E.E.