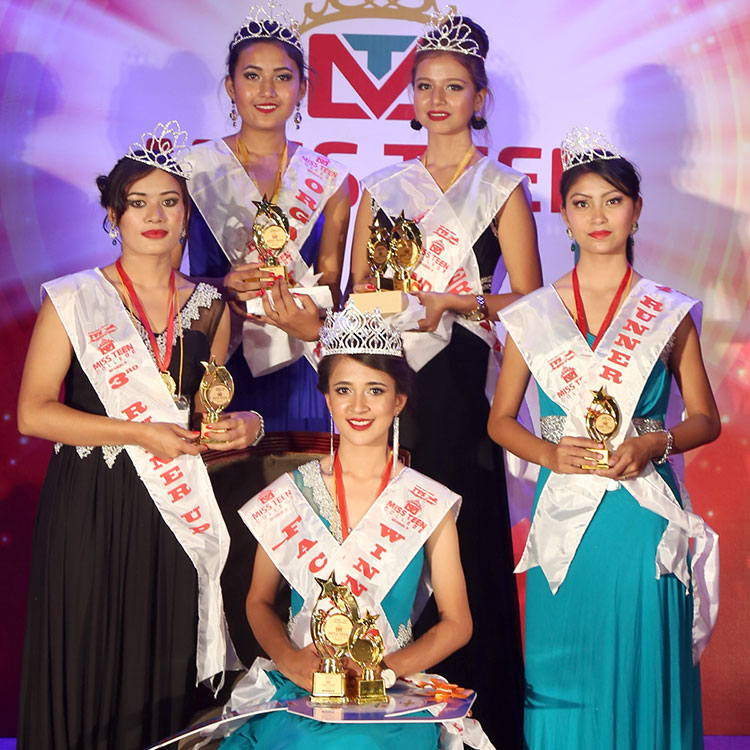 In the grand finale of fifth season of Miss Teen College 2017, 19 years of age Swati Shrestha has bagged the title awards. Besides wearing the tiara of winner, Swati was also awarded as Miss Multimedia and took away brand new TVS Jupiter scooter as her first prize.

The event took place at Army Officer’s club, Sundhara, Kathmandu. Total twenty seven teenage ladies were spotted in the race. Among them Luna Pradhan finished the competition in first runner-up position. She did earned organizer choice award as well. Likewise Dikchhya Thapa was chosen as second runner-up. She also took away the prize of miss personality.

Similarly Anita Khadka and Sirpa Maharjan ended the competition as third and forth runner-up respectively. Sirpa was also as the winner of best stylish award. The event was been showcased by Season Media under the choreography of Rojin Shakya.