Title song of the Actress Jharana Thapa’s debut directorial movie A MERO HAJUR 2 has been released; admit a press meets in capital. The song titled ‘Kasam Ho Kasam…’ is featurized on Samragye RL Shah and Salin Baniya’s romantic moods at the beautiful location of Manang.

The title song is released on the occasion of director Jharana Thapa’s Birthday, at the same time releasing date for the movie also announced. The movie A MERO HAJUR 2 is slated to hit the screens all over Nepal on 1st September 2017 (16 Bhadra 2074). 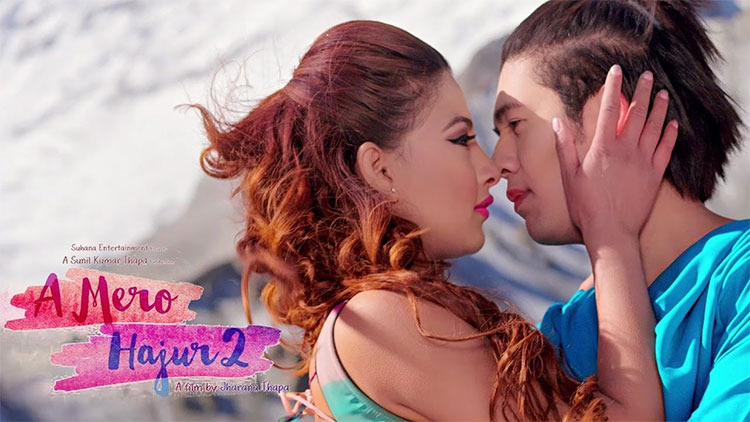 The title song is written by Krishna Hari Baral, vocal performed by Sugam Pokhrel and music composed by Kalyan Singh.