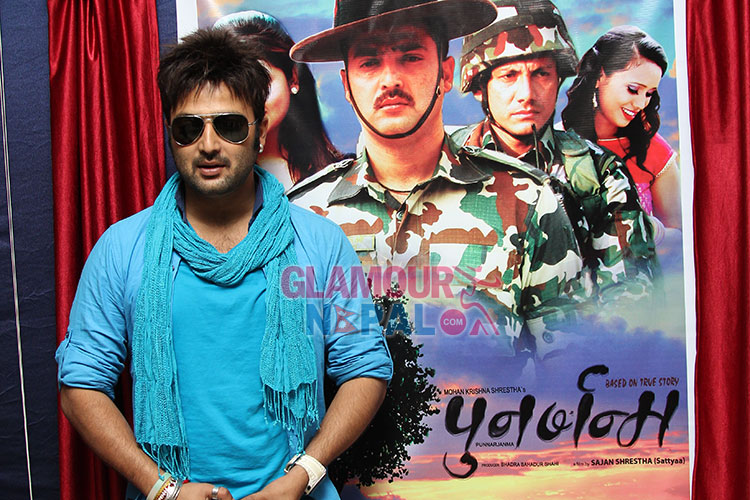 Glamour Nepal,
The film ‘Punarjanma’ has delayed its release date by one week. Now, the film will hit the screen from Falgun 22. Film producer Mohan Krishna Shrestha said they pushed back the film’s release date as the last film of late director Alok Nembang ‘Ajha Pani’ is releasing on Falgun 15.

“Respect is what we get from this sector,” he said, “We decided to postpone the film release date in respect of Alok ji.” He further requested other directors not to release their films on the date.

The movie is directed and edited by Sajan Shrestha. The film unit said that the movie will inform the current generation on the history of Nepal’s politics and culture and also entertain them.