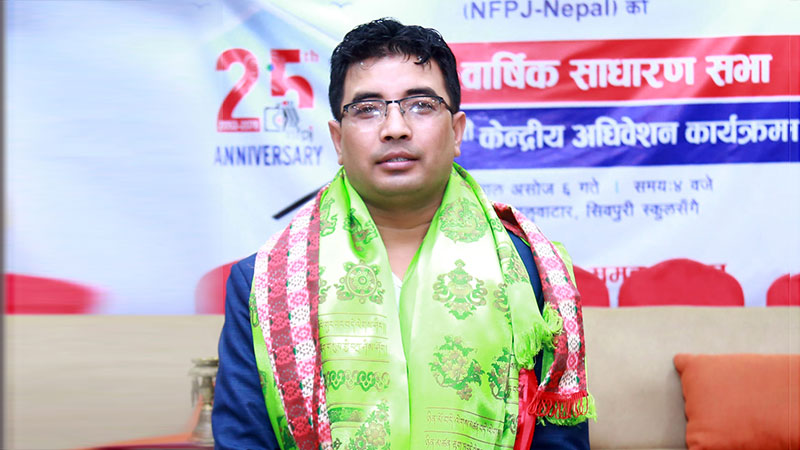 The newly elected chairman of NFPJ Nepal, Pradeep Raj Onta was been General Secretary for the earlier working committee under the chairmanship of Rajendra Chitrakar. Mr. Onta is also been working as an editor/photojournalist at National News Agency, RSS. He is also the managing director for yesnepali.com and Chairman/CEO at Nepal Airhostess Academy. The man is also the CEO for Season Media Pvt. Ltd. which runs pageants like Mrs. Beauty Queen Nepal, SEE Princess, Miss Airhostess Nepal, Miss Ecollege, Miss Teen College, Junior School Princess. 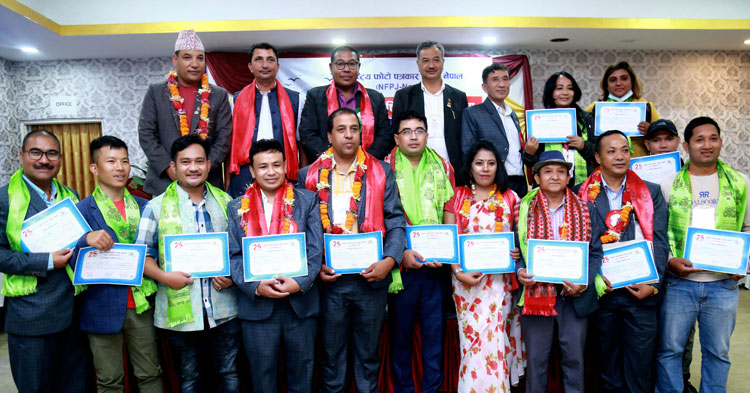 The event was conducted in presence of Mayor of Kathmandu Metropolitan City, Bidya Sunder Shakya as the chief guest saw some special felicitations. In the honor established by Senior Photo Journalist Hari Gopal Pradhan named as Hari Gopal Photo Journalism Award, the honor was bestowed under five different categories for the years 2076 and 2077 B.S. In the entertainment category, Nawaraj Wagle and Kapil Khadka were been awarded while in the sports category Satyam Shrestha and Ujjwal Dongol were been honored. Likewise, in the Tourism category, Narayan Silwal and Prem Thapa were been awarded while the Cultural Heritage category Shova Maharjan and Pradip Shakya were been honored. In the Adventurous category, Mukund Kalikote and Purnima Shrestha were been awarded. All the awardees were been honored with a silver medal and a certificate of honor.

Likewise, Photojournalist Sushil Kumar Shrestha was been honored with Madhav Thapa Risky Photojournalism award established by former Armed Police Deputy Inspector Madhav Thapa. The award included cash prize of rupees ten thousand along with a certificate of Honor. The event also honored senior photojournalist for his achievement as the world record holder for launching his musical album inside an aircraft. Pradhan released the album titled ‘Mutuma Sadhaivari’ inside an aircraft of the Nepal Airlines Corporation that flew to New Delhi from Kathmandu on February 1, 2021. 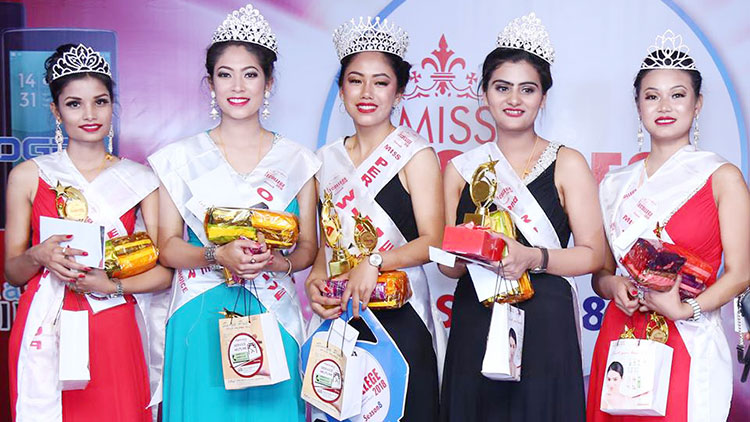 In the grand finale of new edition of Miss ECollege event Kajol Tamang has been selected as the winner. Other than being crowned... 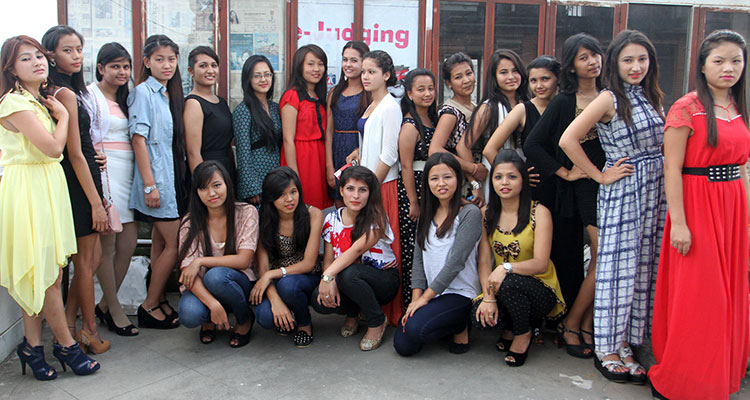 Glamour Nepal, Kathmandu | the screening of applicants for Miss E-College 2014 is been recently conducted. The applicants were...