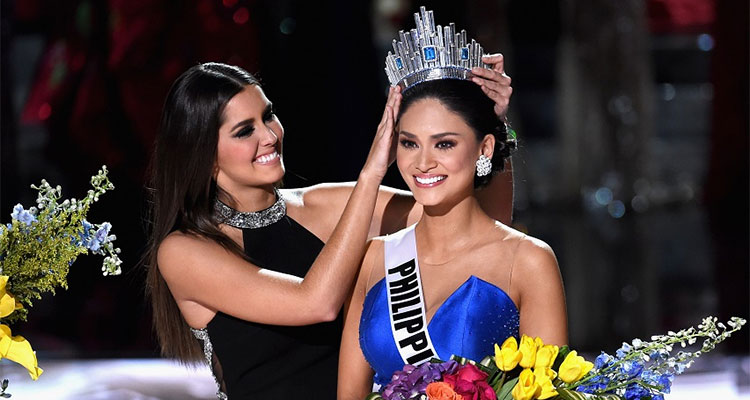 It was the final moment the host Steve Harvey made the announcement that among the final 3 Miss Colombia Ariadna Gutierrez was the new Miss Universe. Then Paulina Vega of Colombia, Miss Universe 2014 crowned her successor. Ariadna became the happiest lady standing on stage but this happiness didn’t last long. The dramatic moment came when the host Steve had another announcement. Miss Colombia was blowing kisses when host Steve Harvey awkwardly interrupted to say: “I have to apologize. The first runner up is Colombia.” In other words, Miss Universe 2015 is actually Miss Philippines Pia Alonzo Wurtzbach. The host Harvey revealed that he read the card incorrectly and Wurtzbach was the true Miss Universe. Miss Colombia was then stripped of the crown, and was forced to look on as it went to Miss Philippines Pia Alonzo Wurtzbach. Paulina Vega then handed the crown over to Wurtzbach.

Finally Ariadna Gutierrez from Colombia stood first runner-ups while Olivia Jordan from the United States of America confirmed herself as second runner-ups. Besides them Monika Radulovic from Australia and Flora Coguerel from France were in the final five short listing.

The grand coronation of Miss Universe 2015 saw eighty global beauties competing for the most coveted crown on 20th December 2015 at The Axis, La Vegas, Nevada in United States. The battle field of Miss Universe 2015 filled with gorgeous women got narrowed from eighty to fifteen after the national costume competition. Then the world stage saw the glamorous side of fifteen ladies in their sizzling swimsuits. From here on top ten were shortlisted who performed in the eye catching evening gowns. The number ladies were then dropped to top five having delegates from Philippines, USA, Colombia, Australia and France. The ladies faced on the spot questions from where Miss USA, Miss Colombia and Miss Philippines made to the final and after a challenge New Miss Universe was been finalized.
– Rojin Shakya