The race for 3rd season of Miss Teen College came to the end on 28th of September 2015 at Rastriya Naachghar, Jamal finalizing 18 years of age Kusum Thapa Magar as the winner of 2015 competition. Kusum stood first among other sixteen participants. Kusum was also awarded as the winner of Face book choice award. Being the winner Kusum was been gifted with a brand new Mahendra two wheeler scooter as her major winning prize. 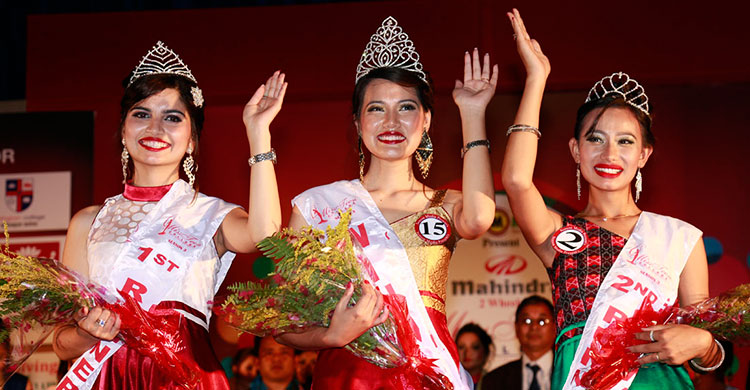 The event saw 18 years of age Aashiyana Adhikari as the first runner-ups while 17 years of age Rija Maharjan stood second runner-ups. Aashiyana and Rija were also successful at Viewer choice and catwalk awards respectively. The event organized by Season Media took off with the self introduction round followed by best dress performance in sari. Then the oral question round took place for all the contestants and then the top ten finalists were been declared to finalize the winner on the basis of best written answer for the final question been asked. The event was been choreographed and hosted by Choreographer Rojin Shakya.