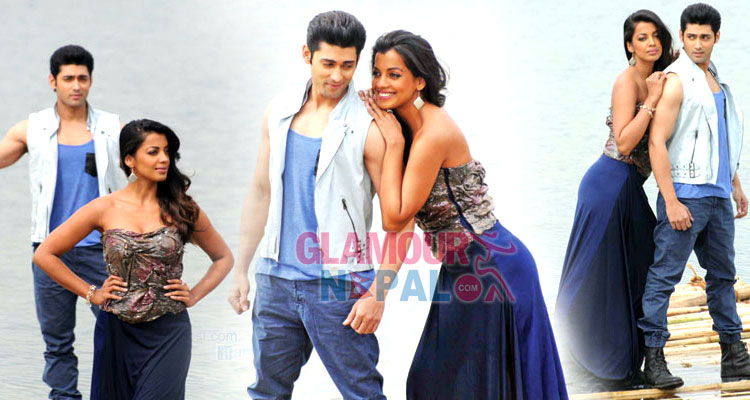 Godse is considered as a glamorous actress in Bollywood. She has acted in ‘Fashion’, ‘All the Best’ among others. It is said that the actress who also acted in TV serial is excited about the film.

Director Sanu Shakya informed that the film has incorporated both positive and negative aspects of Facebook, a social networking website. Shakya is the director of Nepali films ‘Rakshak’, ‘Prahar’, ‘Barshat’ among others.

He is of the opinion that Nepali technicians have got opportunities to show their skills through the film. Shakya informed that director, cinematographer and choreographer among other technicians are Nepali, while producer and artists are Indian. The film under the banner of Ends Cine Production is invested by Manoj Narayan.

Sanjal Lama is the cinematographer, Samrat/Chandra is assistant director, Roshan Shrestha is fight director and Kabiraj Gahatraj is choreographer. The editing will be done by Banish/Arjun.

In the film, Godse has played a role of an ambitious girl who was born in a simple family in Mumbai. She dreams to establish relationship with a rich boy and spent high class life. The film is based on ups and down in her search for such boy through Facebook.

The film will be shot in scenic places of Muktinath, Marfa and Jomsom among others.