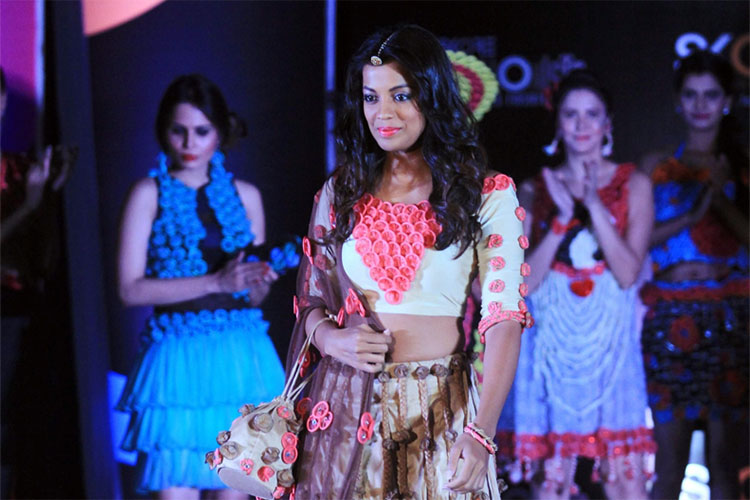 First ever condom fashion show has been organized in India. Titled Skore Fashionista the show organized by ‘Skore’ a condom brand, The models walked the ramp wearing short skirts, crop tops, dresses and evening gowns made of condoms. The outfits were designed in a unique manner that made them look Gorgeous.

Only people who closely observed found that clothes were made from condoms. Bollywood actress Mugdha Godse appeared as a showstopper in the show who wore a lehenga choli made out of condoms.

The event was organized to raise awareness on HIV/AIDS. Actress Mugddha expressed happiness for wearing clothes made from condom, adding that the show will send out a message to prevent HIV/AIDS.