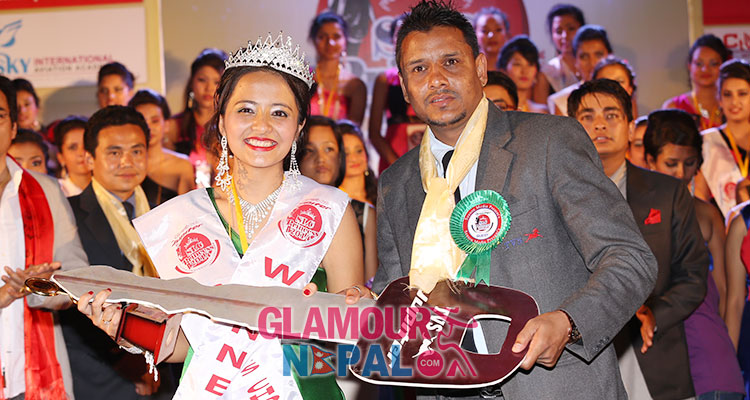 Glamour Nepal – 51 SLC graduates were found competing for the title awards called SLC Princess 2014 on 16th July 2014 at Nepal Academy Hall. The enthusiasm and patience of the houseful audience was seen maintained till the end of the event.

The event that took off at 3 pm in the evening came to the end by half past eight in the late evening. Among 51 participants it was the day of Alisha Shrestha, she bagged organizer’s choice award along with that she was crowned as new SLC Princess. She was crowned by previous winner Amrita Adhikari. Besides the winning crown Alisha took away brand TVS Jupiter scooter and scholarship for the further education at plus two levels. Anuska Thapa made to first runner-ups while Nilupha Thapa was chosen as second runner-ups. Likewise Ashmita Gautam and Ashpu Thapa ended with third and fourth runner-ups respectively.

The event choreographed by Choreographer Rojin Shakya started off with the introductory round where the contestants walked on the stage with the floor length gowns been designed by the designers of London Fashion house. The best dress round saw various attractive kurta salwars and anarkalis enhanced by different messages included to create awareness. The event organized by Season Media incorporated top 25 oral question answer session and finally ended with top 10 written question answer session from where the winner was been decided.