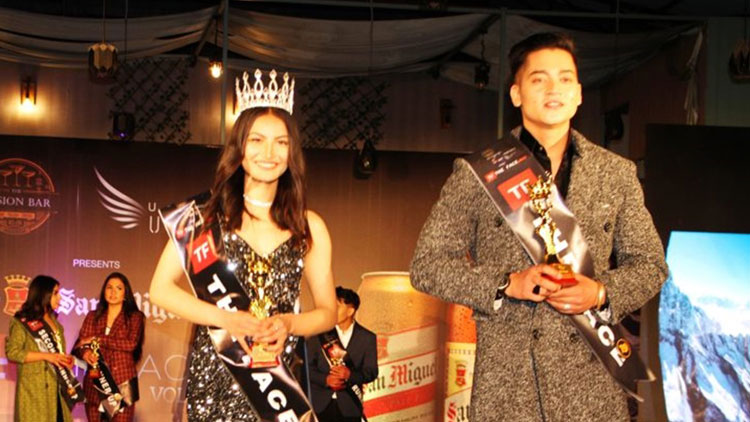 The modeling competition named ‘The Face’ has been completed. Showcased at Urban Hub, Jhamsikhel, Lalitpur, the event saw Yuddha Baniya and Kranti Chand as the winners. In the event, Sheetal Shrestha and Kripa Adhikari were chosen as the first runner-up while Heman Joshi and Swikriti Pyakurel earned the second runner-up position.

Similarly, Yuddha Baniya and Surjina Shrestha were awarded as the winner of ‘popular choice’ award. The event was been showcased by U Can Fly Event Management Company and was choreographed by Model Srijana Regmi.