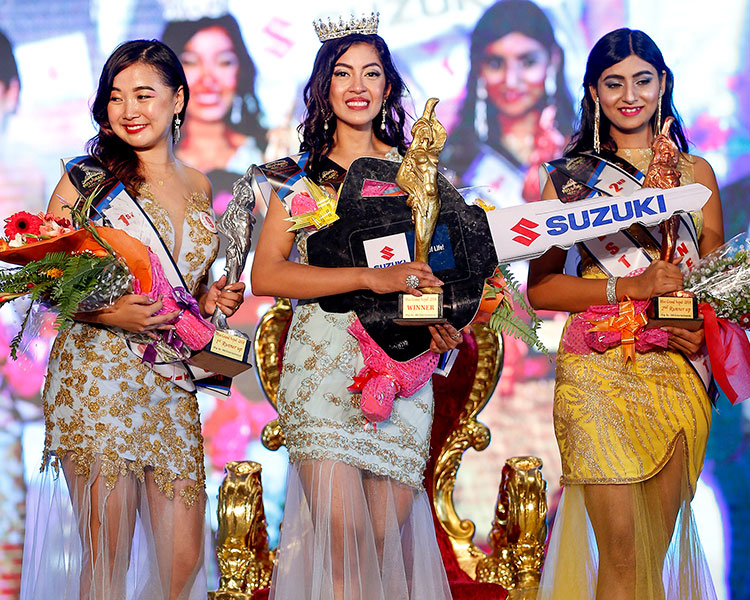 Urussa was been awarded with cash prize of rupees fifty thousand and a new Suzuki scooter. Urussa was also successful at Miss Catwalk category. Zenus Lama , the former Miss Grand Nepal, crowned Urussa as her successor.

The finals saw Eksha Maden as first runner-up while Riya Gaihre completed the event as second runner-up. They respectively received cash prize of rupees thirty and twenty thousand. Eksha was also successful at Personality category while Riya also bagged the awards in photogenic and talent category.

The event showcased under the banner of RK Entertainment Group was been choreographed by Rojin Shakya while the contestants were dressed on the attires by fashion designer Uttam Banepali.