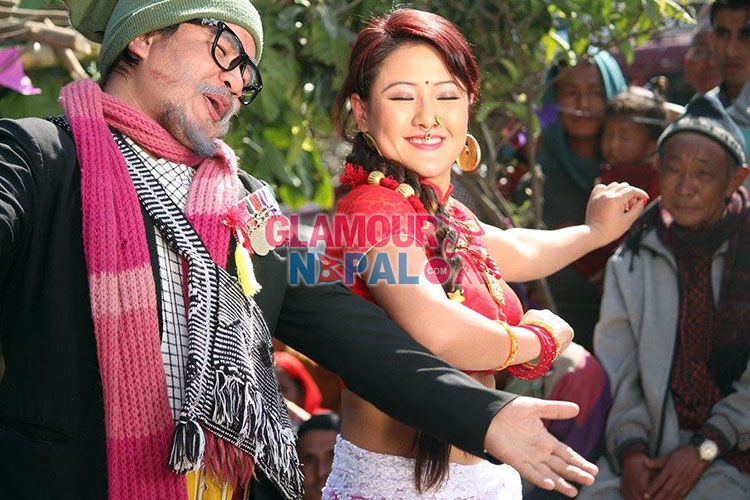 Most popular as Takme Budha – Wilson Bikram Rai,  who recorded a song ‘Nineteen Founteen Yuddha Ladhda Pako Maile Takma…’ has prepared the music video of the song after a long time. Studio recording version music video of the song is very popular among youth, posted on you tube on 14 of November, 2014 has been viewed more than 2 lakh 40 thousand times.

He informed Glamour Nepal that the music video has been produced incorporating cultures of the region. The music video is directed by Sunil Jung Thapa and shot by Bikram B.C.

Wilson has appeared in different getups in the video and is seen having fun with model Rai. He is also featured in his trademark getup of ‘Takme Budha’.

watch here, some pictures, Clicked on during the shooting of music video.