The grand finale of third season of Mrs. Nepal International pageant has recently been showcased in a grand way at Army officers club, Sundhara. The finale saw the final combat between thirty nine ladies for the title awards of the event. 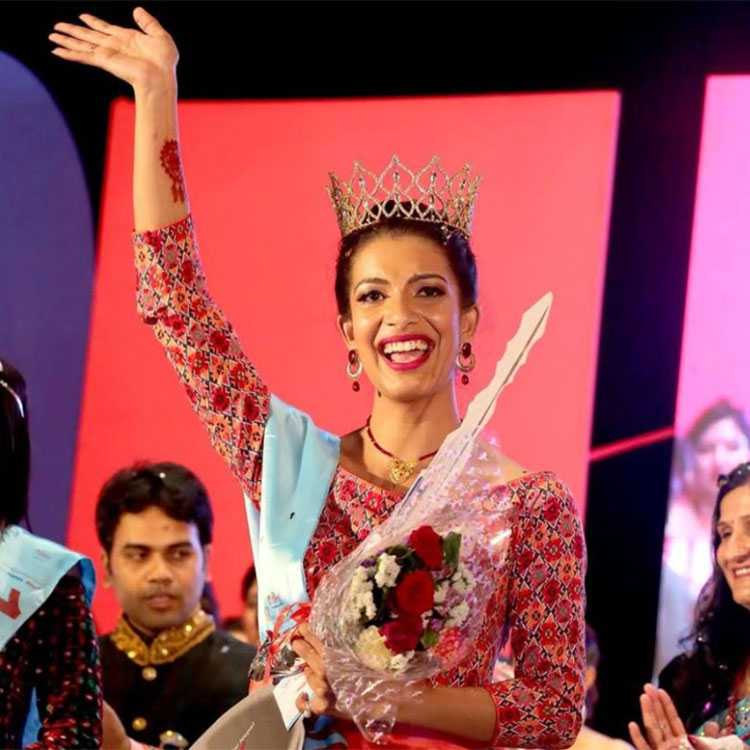 Suruchi Pandey was victorious at the final combat and was been crowned as Mrs. Nepal International 2017. With the title awards Suruchi also earned the brand new scooter as her prize. She would be representing Nepal at Mrs.

International 2017 to be held in United States. Suruchi was also adjudged as the winner of categories called Most Talent and Best Walk.

The event shaped as Campaign against domestic violence, was been organized by Ribbon Entertainment Pvt. Ltd. and was choreographed by Aswini Jha. In the event Yashodha Pokhrel earned first runner-up position while Pratigya Rai and Samjhana Tripathi were been placed as second and third runner-up respectively while Jyoti Dahal Paneru finished as forth runner-up and Sita Oli got awarded as Most Popular.