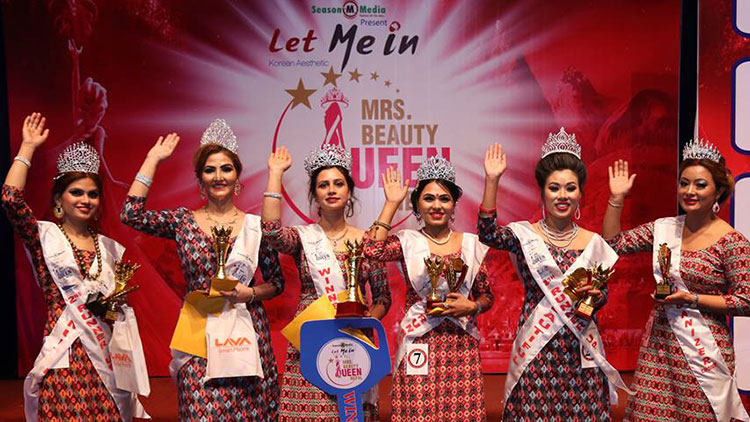 The first season of married women related pageant called let me in Mrs. Beauty Queen Nepal has found its winner. In the finale, Sudikshya Acharya Bhattarai was been crowned as Mrs. Beauty Queen Nepal. Being the winner Sudikshya earned a brand new TVS scooter, four day trip to Malaysia and 1.5 million worth service at Let me in Korean aesthetics as the reward.

In the event organized by Season media Ishwori Shrestha was been as organizer’s choice award winner. The event had twenty ladies competing in the race and was been choreographed by Rojin Shakya.