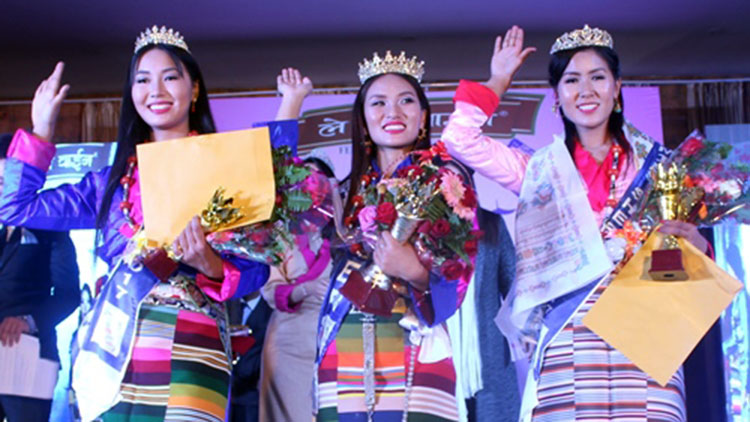 The ethnic beauty pageant dedicated to the young girls of Sherpa community called Miss Sherpa has concluded its 2017 edition. Having twelve contestants, the event ended finalizing Sonam Dolma Sherpa as Miss Sherpa 2017. She was rewarded with the cash prize of thirty thousand three and thirty three rupees. Sonam was also successful at best walk category.

The runner-ups respectively received the cash award of twenty thousand two and twenty two and ten thousand one hundred and eleven rupees. Organized by Dpas International the event was been choreographed by Kala Subba and was presented at Royal Events banquet, Tinkune, Kathmandu.