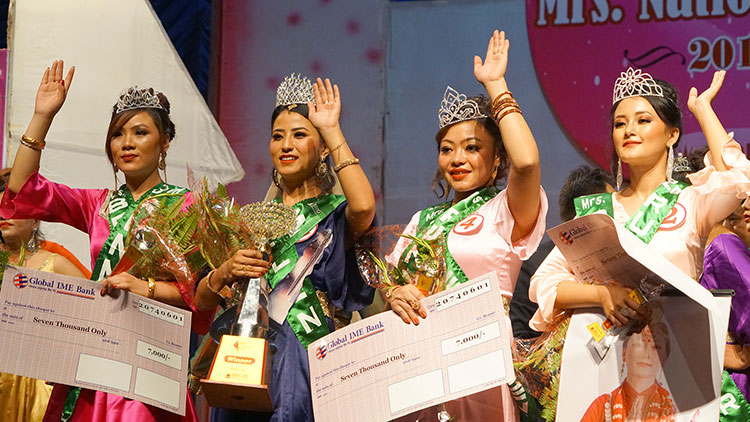 A beauty pageant dedicated to the married women called Mrs. National Icon 2017 was been launched on 17th September 2017 at Rastriya Naachghar, Jamal.

The first edition of the event came to the end sorting out Sharmila Tamang as the winner. She also bagged the title award of Mrs. Talent. Being the winner she was awarded with a brand new Yamaha scooter as the major prize.

Likewise Aruna Sherpa and Smriti Rai were respectively chosen as third and forth runner-up. The event was choreographed by Kala Subba.