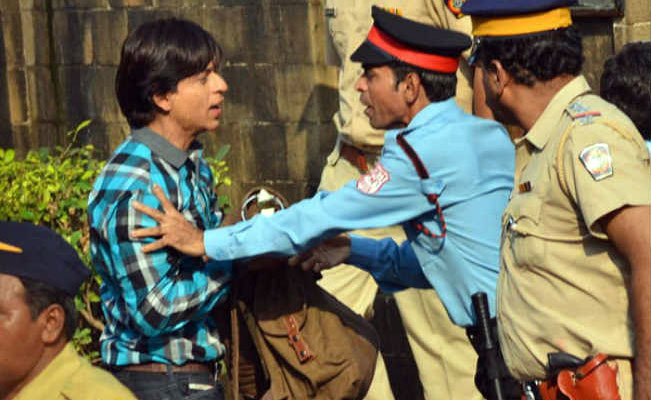 You might be astonished after reading news that Bollywood actor Shah Rukh Khan was barred from entering his own house. But, the same thing happened in front of his house ‘Mannat’ on Tuesday.

Security personnel stopped him while he tried to enter the house. However, the scene is not of real life but of reel life. The 48-year-old actor is currently busy in shooting of his film ‘Fan’ outside his house Mannat.

Buzz is that Shah Rukh will be in double role carrying a new look for his upcoming project, which will be done by Greg Cannom, popular special effect make-up expert. The filmmakers are planning to keep the actors’ look in the film under wraps until they release the Fan’s first look.