In the scenario of female beauty pageants being overdose, pageant for male participants Mr. Nepal 2015 was a refreshing one to watch our handsome hunks performing for the major title awards. In the event showcased at Army Officers club, Sundhara on 4th of April 2015, Boys did everything possible they can do impress the judges. 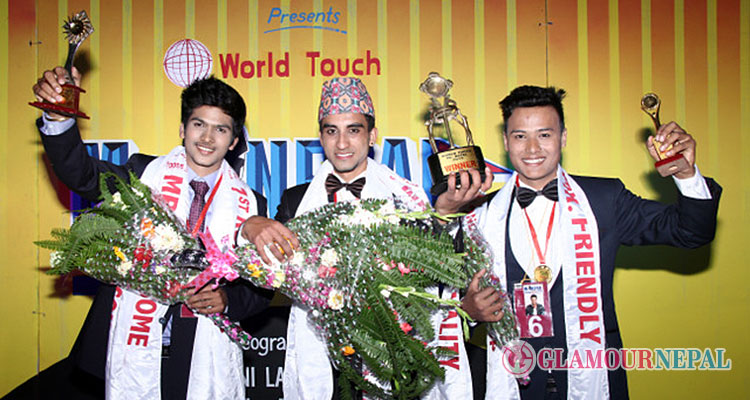 They danced, walked, invest their intelligence to speak and write the answers. With around five hour long competition 22 years of age young man from Gorkha Sandeep Pokharel was awarded as Mr. Nepal 2015. Along with the title he took away cash prize of rupees one lakh and an opportunity to act in an upcoming movie called Bindaas 3.

A BBS student at Apollo International College, Sandeep was also successful at Handsome, Personality and Physics award. In the competition Pratik Lalwani was elected as first runner-ups while Milan Shrestha bagged second runner-ups position. Pratik also took away the subtitles like Handsome, Viewers choice and Personality while Milan was able to grab a subtitle called Friendly. The event was been organized by Expose Nepal dot com and choreographed Chandani Lamichhane.