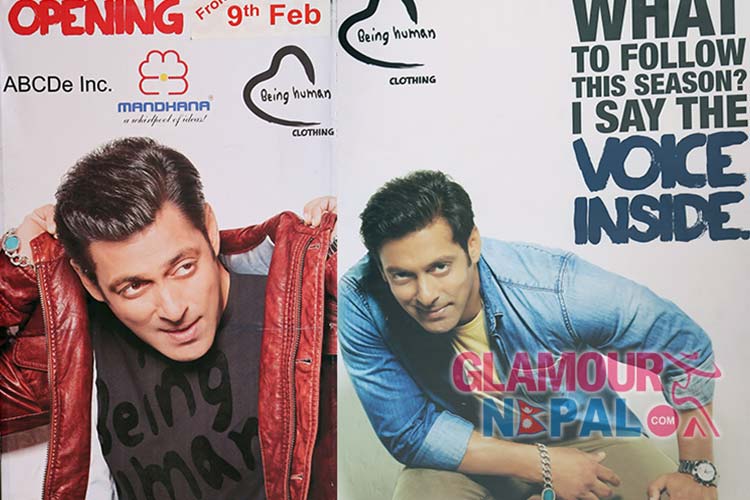 Glamour Nepal | Bollywood Actor Salman Khan’s world famous clothing brand, Being Human has officially entered the Nepali market. 9th of February was the date when this brand got its official launching with the showroom being located at Rising Mall, Kamaladi.

ABCDe inc. holds the brand’s franchise to market Being Human in Nepal under the mutual fellowship between ABCDe inc. , Salman Khan foundation and the manufacturer of Being Human clothing brand, Mandhana Industries Ltd. After its official showroom been started in Nepal Being Human , now holds 15 other outlets all over the world including Nepal.

ABCDe inc. also plans to extend Being Human in other parts of Kathmandu and also in Pokhara and Itahari in near future. The official outlet of Being Human clothing brand will offer a wide range of clothes for men, women and children with cost ranging from Nrs 800 to Nrs 8000.

Watch Some Images of Salman Khan’s ‘Being Human’ Showroom in Kathmandu.
Click on Small Images to View Large Image !