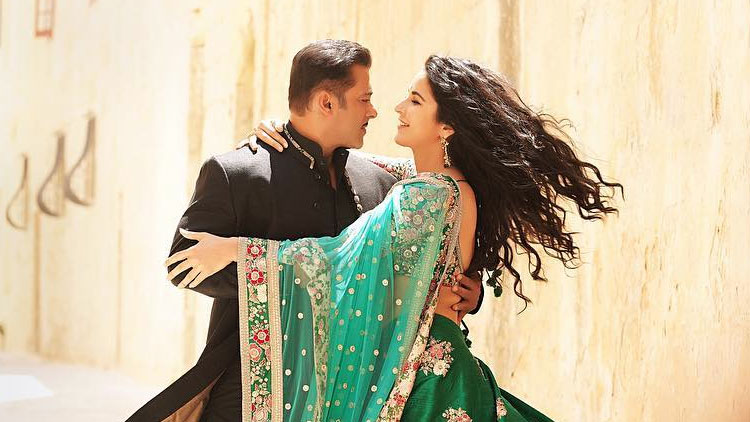 Salman Khan’s upcoming film, Bharat, have been shooting for the film at various locations across the world. After a long shooting spell in Malta, followed by another one in Abu Dhabi, the team is reportedly shooting in Punjab now. Salman shared a photo with Katrina Kaif on instagram.

In the picture, we can see the duo standing with their backs to the camera. They are standing at the Wagah border gate; while Salman is wearing a formal suit, Katrina Kaif is in a red saree and a dark blue shawl.

A report in NDTV mentions that the team of Bharat is currently in Chandigarh for the shoot, while another report in India.com says that since the team was refused permission to shoot at Wagah, they recreated the set in Ludhiana instead.

A few months back, the team was in Malta to shoot a song for the film. Salman, Katrina, Zafar and one of the film’s producers, Atul Agnihotri had shared pictures and videos from the island nation.

Bharat, a Hindi adaptation of South Korean film Ode To My Father, stars Salman as a circus artist and will feature him in five different looks, spanning over 60 years, including a crucial part which will showcase the actor in his late 20s, looking much leaner and younger.

Previously, Salman and Katrina have been seen in action movies like Ek Tha Tiger and Tiger Zinda Hai where they played spies from India and Pakistan. Bharat is also director Ali Zafar’s third collaboration with Salman after the 2016 film Sultan and 2017’s Tiger Zinda Hai.

Katrina was roped into the film after Priyanka Chopra decided to walk out. Bharat also stars Tabu, Disha Patani and Sunil Grover in pivotal roles and is slated to hit the big screens on June 5, 2019.