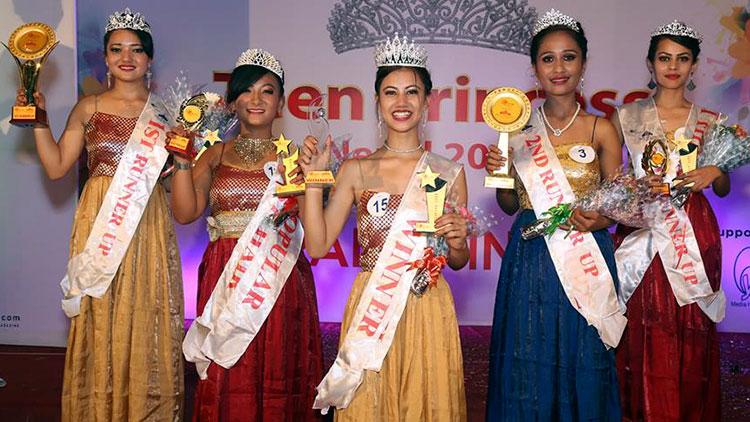 In a Teenager related pageant held in Kathmandu, Sajina Khanal was been crowned as Teen Princess Nepal 2017. Sajina was successful at Stylish award.
In the event Priya Khadka and Shristee Pokharel were respectively adjudged as first and second runner-up. Priya was awarded as Most Talented while Photogenic award was been grabbed by Shristee.

Likewise Sushma Thapa earned Best fitness award and was also placed at third runner-up position. The event showcased at Rastriya Naachghar, Jamal was been organized by Ramp Zone entertainment and had seventeen contestants in the race for the title award of Teen Princess 2017