By Rojin Shakya | Sabita Karki, a Kathmandu based model has succeeded as one top 3 finalists for India’s Next Top Model season 3. The leggy lass who started her journey as one of the top 16 contestants in the battle ground of season 3 of India’s Next Top Model was been selected as top 3 finalists in the latest episode of the event been aired on 9th of December 2017. Among the top three finalists others are Riya Subodh from Ahmedabad and Shweta Raj from Pune. 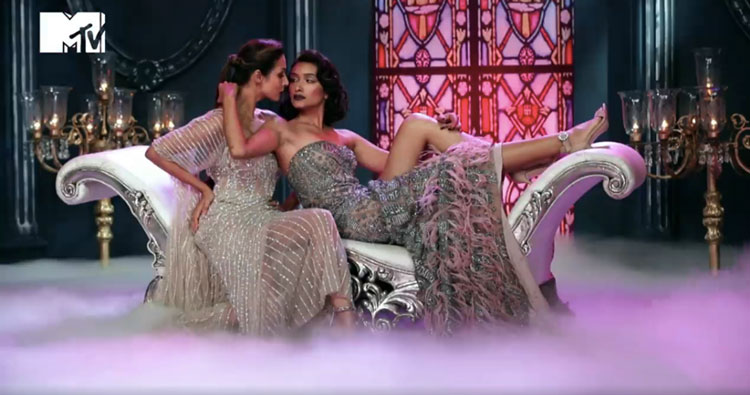 The modeling based TV reality show been premiered on 21st October 2017 on MTV India channel saw various modeling based task, theme based photo shoots and challenge tasks as the major ingredients to draw the winner from the competition.

During the latest episode aired on 9th December the top five contestants went through a runway walk challenge that was placed at the Tabela of buffaloes and second task was a photo shoot where one the Jury member Malaika Arora was the co partner of the photo shoot where contestants need to develop the concept, compose and pose for the joint photo shoot with Malaika.

Both the task of the episode was well performed by Sabita. The photo shots were taken by Daboo Ratnani. The output of the photo shoot and performance by Sabita was very much appreciated and applauded by the jury members Malaika Arora, Milind Soman and the mentor of the show Anusha Dandekar. With this outstanding performance Sabita Karki stood tall at one of the top 3 position of India’s Next Top Model season 3. Click here to watch Sabita’s performance aired on 9th December 2017.