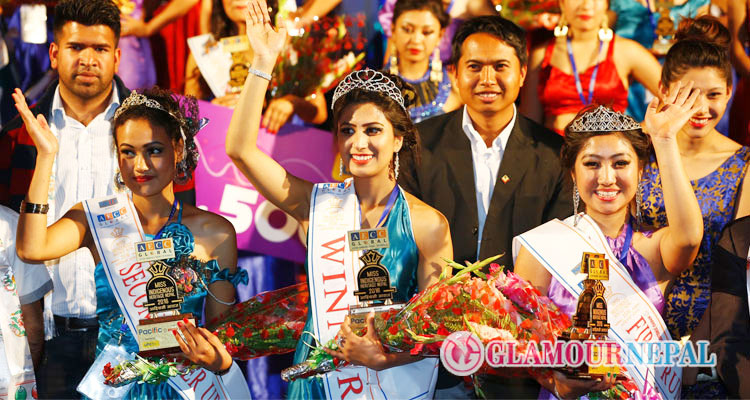 Beauty, Brain and richness in culture were the scene that people got to witness in the auditorium of Nepal Academy Hall, Kamaladi on 26th of March 2016.

In the event Meera Thapa Magar finalized herself at first runner-ups position while Sasa Tamang was able to hold the position of second runner-ups. The mood of entertainment in the event was carried on by the performers of Nepa Dance Academy and singers like Nisha Deshar, Rukman Limbu and Shreyasi Chemjong.

The opening act of the event was been directed by Rohiya Maharjan. The event organized by Pacific events and management Pvt. Ltd was been choreographed by Rojin Shakya and contestants were been dressed in the attires designed by the designers from Namuna College of Fashion Technology.