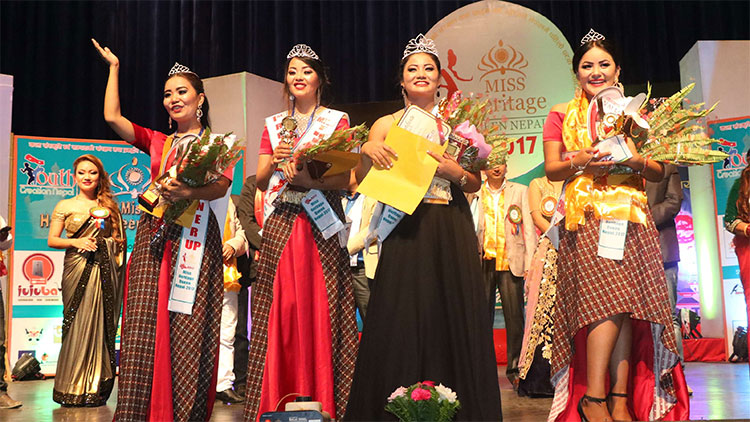 The first edition of Miss Heritage Queen Nepal 2017 has ended finalizing Rupa Lama as the winner of the competition. Rupa was also successful in the awards called Personality and Popular.

Sangita was also victorious at viewer choice and facebook likes award while Sarita and Bandana were successful at best walk and friendship award respectively. The event was been organized by Youth Creation Nepal Pvt. Ltd. and choreographed by Rojin Shakya.