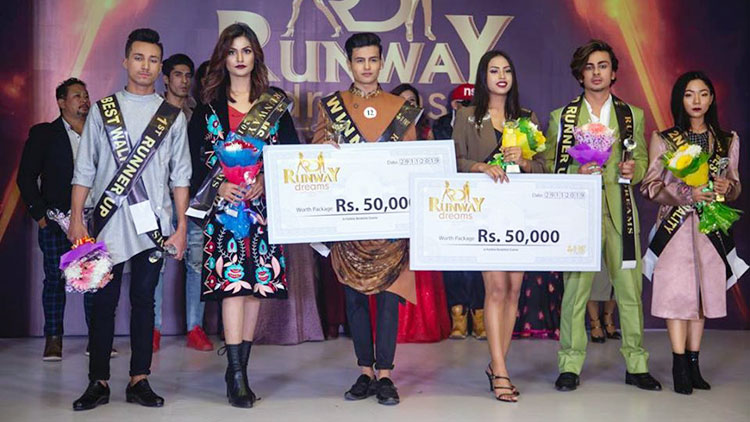 The brand new modeling competition called Runway Dreams 2019 was been premiered on 29th of November 2019 at Blue Star events venue, Tripureswor, Kathmandu. The premiere edition had around two dozen participants including both boys and girls. The event concluded finalizing Nischal Neupane and Simran Chaudhary as the winners, Nischal was also successful at Mister Stylish category while Simran also bagged Miss Figure award.

The event saw Manoj Makaju and Divya Shah as first runner-ups while Avash Bhattarai and Reena Garsiyeta completed the event as second runner-ups. The event was been organized by Dreams Institute of Modeling and Fashion run by fashion designer Manju Banjara Dhakal while the event was been managed by the team led by Dr. Nabin Shah. The event presented in the fashion show format was been choreographed and hosted by choreographer and media person Rojin Shakya. In the event, contestants did present the collection attires from GSK Verstatile by fashion designer Goma Tiwari.