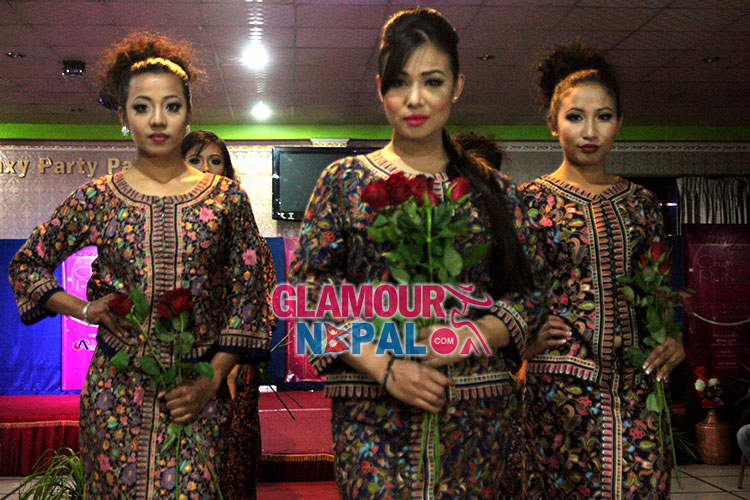 The fashion event was divided into four categories. The first one featured cultural wear representing the different ethnic communities of Nepal. Second being the collection some wonderful saris while third round went through the pashmina wear and concluded with the dress code of airhostess working for Singapore Airlines. The event was entertained by the musical performances from The String group and singer Rekha Shah.