In an event organized by Youhaan International Events Pvt. and showcased at Rastriya Naachghar Jamal on 18th of Asar 2072 Ruheena Thapa Magar was victorious to wear the tiara of Miss SLC National 2015 while Pritam Shrestha was successful to grab Mr. SLC Nepal 2015 award. Both the pageants were been packaged as one event. 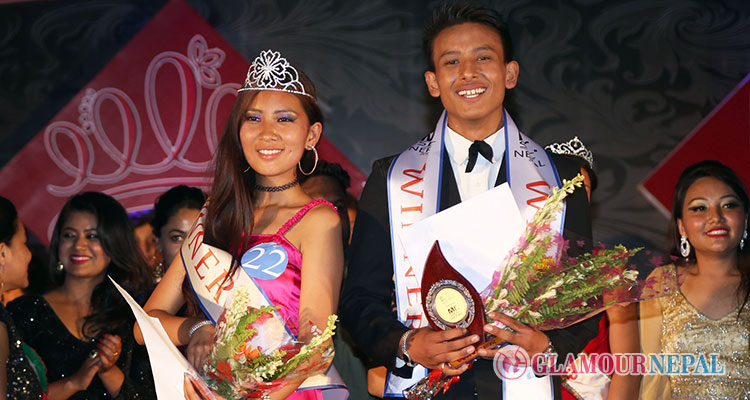 The event saw oral question answer round for all the participants and then the final 10 in both the male and female categories faced the final question each being different for the girls and the boys.

As Ruheena Thapa Magar topped in Miss SLC National 2015, Rojina Rayamajhi grabbed the first runner-ups position while Namrata Adhikari was successful as second runner-ups along with Miss Congeniality awards. Besides being winner Ruheena was also successful at Photogenic and Most Popular title awards. In the event besides being Mr. SLC Nepal 2015, Pritam Shrestha was also successful to take away Congeniality awards, Aman Shrestha was declared as First runner-ups while Anish Dahal was elected as Second runner-ups also being the winner in Management choice category.