The premiere beauty pageant of Nepal, Miss Nepal pageant is opened for its new edition. The 22nd edition of the pageant, The Hidden Treasure Miss Nepal 2017 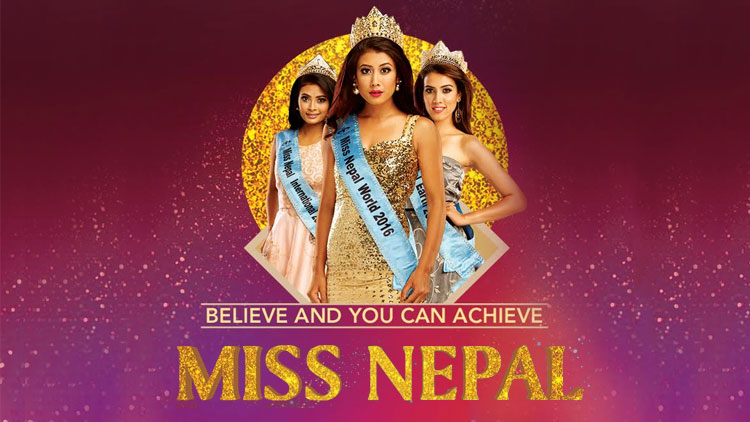 By Rojin Shakya | The premiere beauty pageant of Nepal, Miss Nepal pageant is opened for its new edition. The 22nd edition of the pageant, The Hidden Treasure Miss Nepal 2017 would be sponsored by Ruslan FM 95.2, powered by Gionee, the crown as wel as jewelry partner is R.B. Diamond Jewellers for this year’s pageant.

As per the information shared during official announcement of Miss Nepal 2017, the interested candidates applying for the pageant must be ages between 19 to 25 years of age, should be minimum five and four inches, single, unmarried, never given birth and never engaged.

The applicant should be minimum plus two or equivalent. She should be a Nepali Citizen holding Nepali Passport. The NRN’s meeting these mentioned criteria are also encouraged to apply for the pageant.

The auditions will be conducted in the major cities of Nepal, including Biratnagar, Dharan, Chitwan, Pokhara, Butwal, Nepalgunj and Dhangadi while final auditions would take place in Kathmandu on the second week of April. The grand finale is scheduled for 2nd June 2017 at Hotel De’ la Annapurna, Durbarmarg.

After the final audition session shortlisted candidates will go through an intensive six weeks of training. The rigorous and life changing grooming session would majorly handled by Choreographer Rachana Gurung Sharma. Raj Bhai Suwal would take the charge of photography while former Miss Nepal International Subekshya Khadka would be playing role of Activation Coordinator for the event.

The wardrobe designer for the event would be Women’s Planet and Aakarshan Boutique while Jasmine Fitness Club & Spa would look after the contestant’s fitness and Reveal would be the team for the Hair and Makeup department. Likewise Shanti Unisex Saloon would also be working on the look of the contestants this year.

Other than Miss Nepal World, Miss Nepal Earth and Miss Nepal International, this year Miss Nepal Asia Pacific International would also be chosen to represent Nepal at respective international pageants. Besides these the event would also sort out the winners in the categories like Miss Talent, Miss Intellectual, Miss Fascino, Miss Friendship, Miss Best Hair, Miss Confident and others.