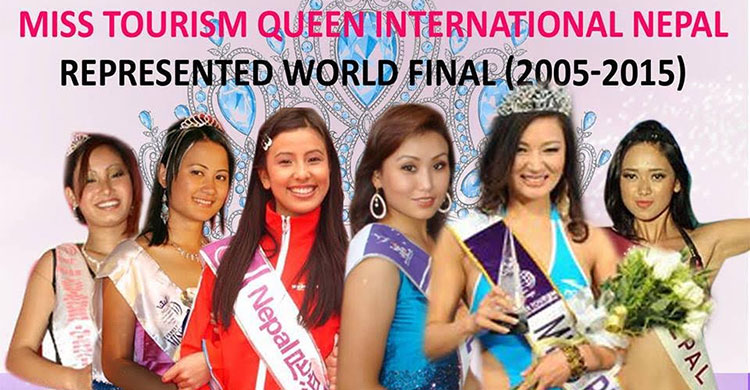 Well dear talented and beautiful ladies if you wish to be the part of the event you need to minimum five feet and four inches, should hold Nepalese citizenship, need to be a plus two graduate and should fall under 18 to 25 years of age category.

In the year 2015 Nirisha Basnet who represented Nepal was was able to create buzz at the finals of Miss Tourism Queen International 2015 held at Wenzhou, China.

On one hand being able to be selected as one of the top four in the category ‘Dances of the world’ she bagged an opportunity to perform solo at the grand finale stage. While on the other hand she was also the top six in the talent performance among the fifty four global beauties competing in the event. Finally her talent round performance ‘Bajrayogini’ a Charya Dance gave her runner-ups award in the talent award category.